I went to a lot of art shows in 2017. I don’t really know why this obsession took hold.

It’s definitely an obsession by now though. My weird compulsion to track and quantify my cultural consumption – by making searchable notes about each show attended, film watched and book read on a Google Sheet – proves it.

My inability to set time aside for reading books hasn’t changed: according to the spreadsheet, in 2017, I read frankly pathetic 22 titles, most of which were trashy non-fiction. Netflix and Amazon pushed me to a total of 59 movies, though I’d say most of them were watched on a window on the side of my laptop’s screen, while I scrolled through Twitter or something. I don’t go to the cinema or own a TV. So far, so unengaged. But my art obsession meant that I saw 184 exhibitions in 2017, a rate of slightly more than one every two days. 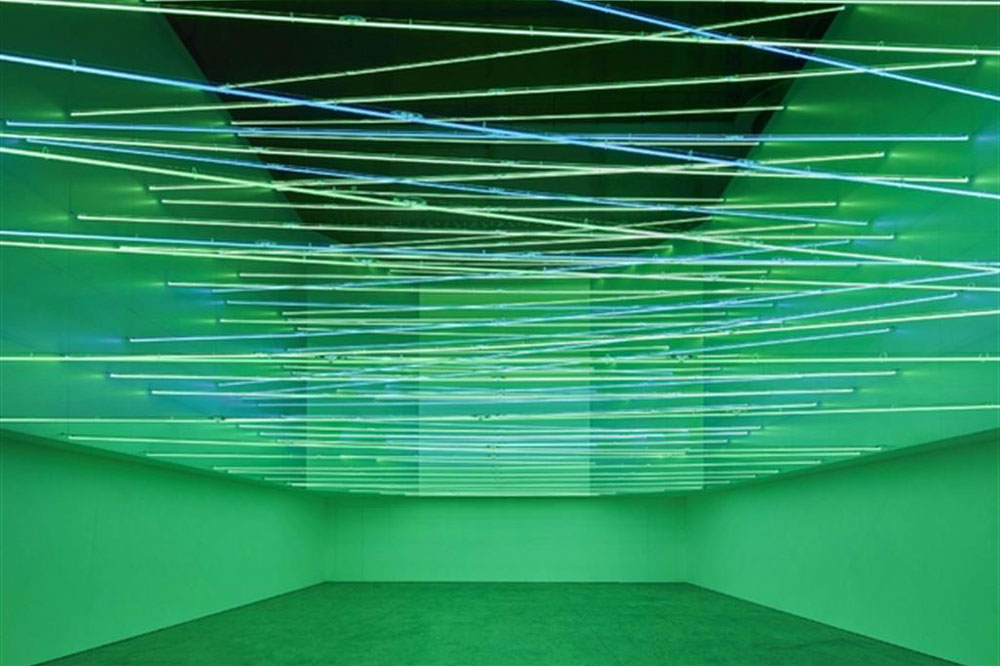 I’m racking my brain for reasons why I looked at such an absurd amount of art over the year. But it makes me want those experiences to live somewhere else than on a spreadsheet. So, in a bid to give my notes a bit more shape in 2018, I built a little website, using Jekyll and Github Pages, called Artangled. That means tangled in art. (It also means that the domain artangled.com was available.) One challenge for this year is to be more disciplined in my note-taking, and try to publish something on a particular standout show a couple of times a month.

I doubt I’ll go to as many 184 in 2018, but I don’t regret going to so many last year. Sorting through the notes brought back a lot of memories. Art-wise, 2017 was an unrepeatable pleasure, a thrill. The pleasure is from looking at beautiful things, or being made to think by looking at thought-provoking things. The thrill is from the smartypants urge to make associations between those things. To see the inspiration (imagined or real) of one artist’s work. Or at least that’s one way of attempting to justify spending so much time on looking in the first place. 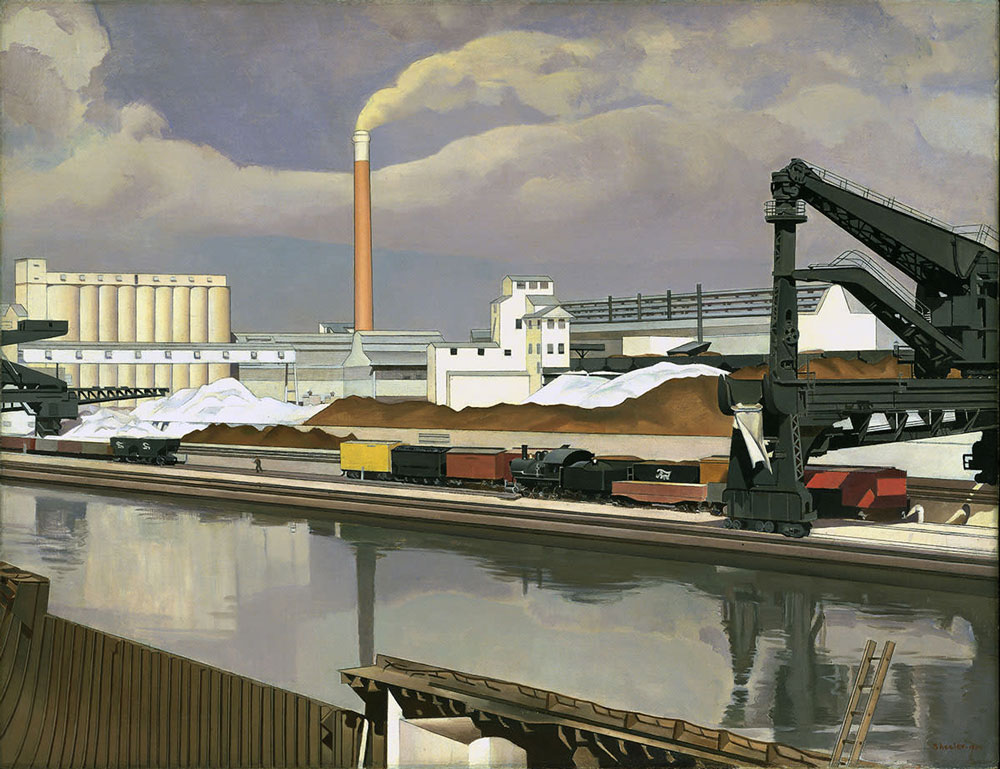 Charles Sheeler at the Royal Academy

Looking back, I’m thinking of the ‘America After the Fall‘ exhibition at the Royal Academy, the one I went to the most. Over and over, on Saturday and Sunday afternoons, and Friday evenings, after work. Looking at Charles Sheeler’s reverent little oils of gleaming factory machinery… all soon to fall to rust and ruin; Stuart Davis’ jazzy brilliance; and the show’s two iconic Hoppers: the sinister gas station at dusk and, above all, New York Movie, the painting at the bottom of this post. That large painting of the poor cinema usher, dead on her feet and leaning against the wall, was the single work I saw most of that year, for the simple reason that it gave me the most back.

At Richard Nagy in London, I saw a perfectly sinister little Alfred Kubin show – full of Tim Burtonish nightmares. Down the road at White Cube, there was Wayne Thiebaud’s beautifully alienating paintings of… cake. At Marian Goodman, I saw Hiroshi Sugimoto’s glossy yet moving photos of abandoned theatres. 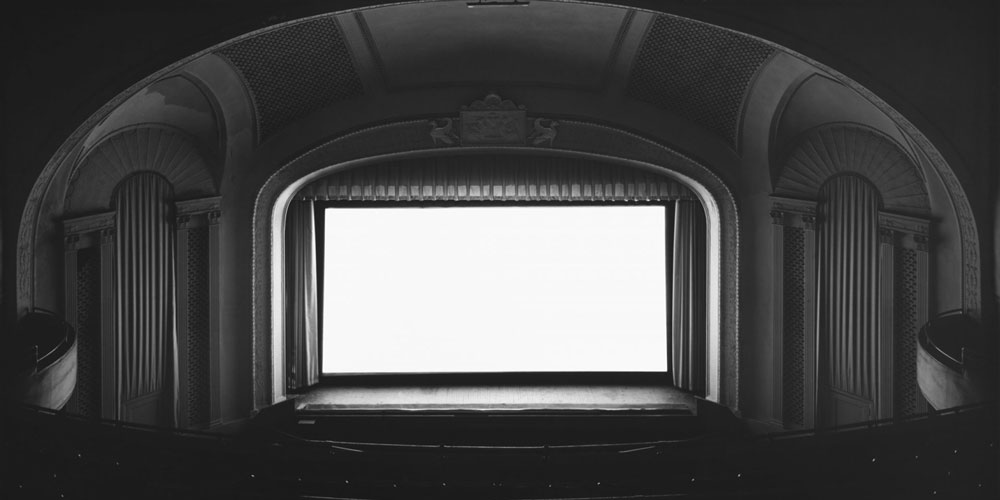 I was impressed by, but couldn’t warm to, Giacometti at Tate Modern. And I hated the played-out Tillmans show there earlier that year. Blockbuster of the year instead went to ‘Being Modern‘, an amazing collection of greatest-hits borrowing from MoMA at Fondation Louis Vuitton, that bludgeoned me into submission through sheer, concentrated star power. Starting from Hopper’s little Norman Bates house.

I went to Italy a few times last year, seeing the world’s saddest Morandi at Museo Revoltella in Trieste (I talked about it a bit more here), watched the Nan Goldin movie and wondered what all the fuss was about at the Triennale in Milan, and swooned over Fontana’s ‘Ambienti’ in the huge, dark space of HangarBicocca, later that same trip. In Turin, I went to the best small museum of the year, the Fondazione Merz, in an old Lancia factory in the suburbs, and took in Massimo Bartolini’s soundscapes. More spectacularly, I went to the Castello di Rivoli outside of town and saw Maurizio Catellan’s taxidermied horse, suspended from the baroque ceiling. 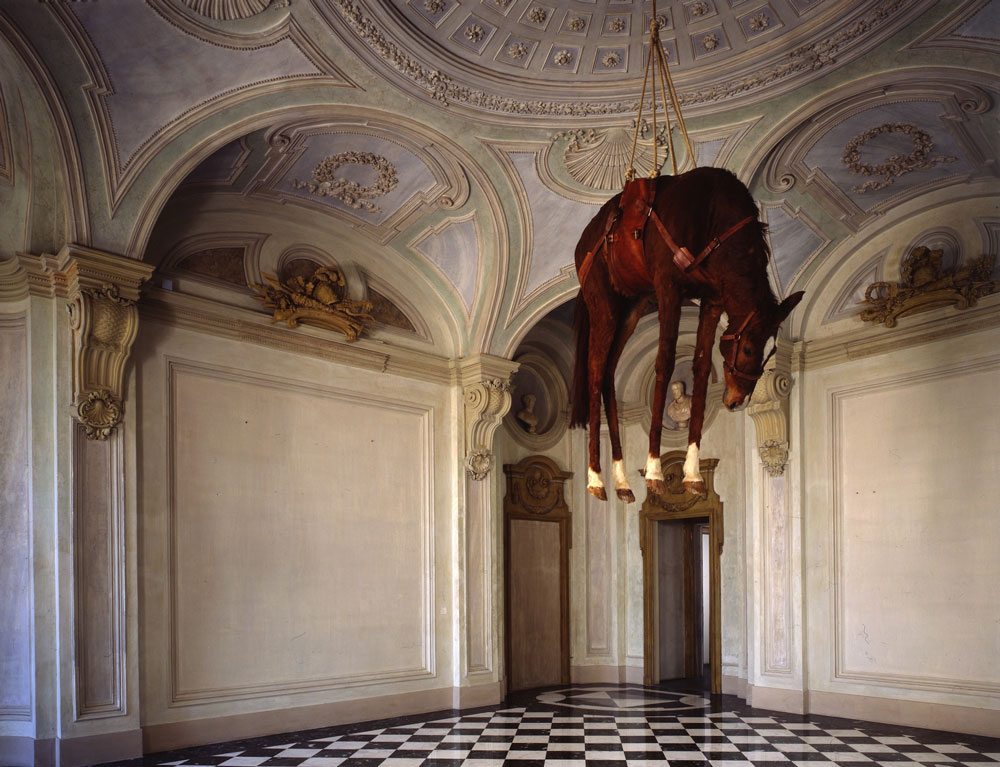 Again and again, I saw the bleak little urban landscapes of Mario Sironi, artist of the encroaching Milanese suburbs, of smokestacks and cyclists and moonlit traintracks. He’s so unfashionable now, and had some extremely dubious politics, but I can’t help but be moved by him. He’s due a revival or a retrospective some day, I hope. I saw two of his gloomiest oil paintings at ‘Constructing the Novecento Italiano‘, a perfect little show at the Palazzo Fava in Bologna – and it was an unforgettable contrast: twentieth century grime in a gleamingly renovated Renaissance mansion.

In Madrid, I half-ran through the Prado at opening time to spend around 20 seconds all alone in the vast circular central room, with ‘Las Meninas’ luminous on the far wall. In New York, I saw Michel Houellebecq’s photos of some more sad industrial suburbs – a sort of pan-European Sironi, 50 years later – Calder’s mobiles (and a lot more Hopper) at the Whitney, and an unsettling Richard Gerstl show, featuring some truly scary self-portraits and a literally obliterating family group of his mistress, her husband (Schoenberg!) and their children. 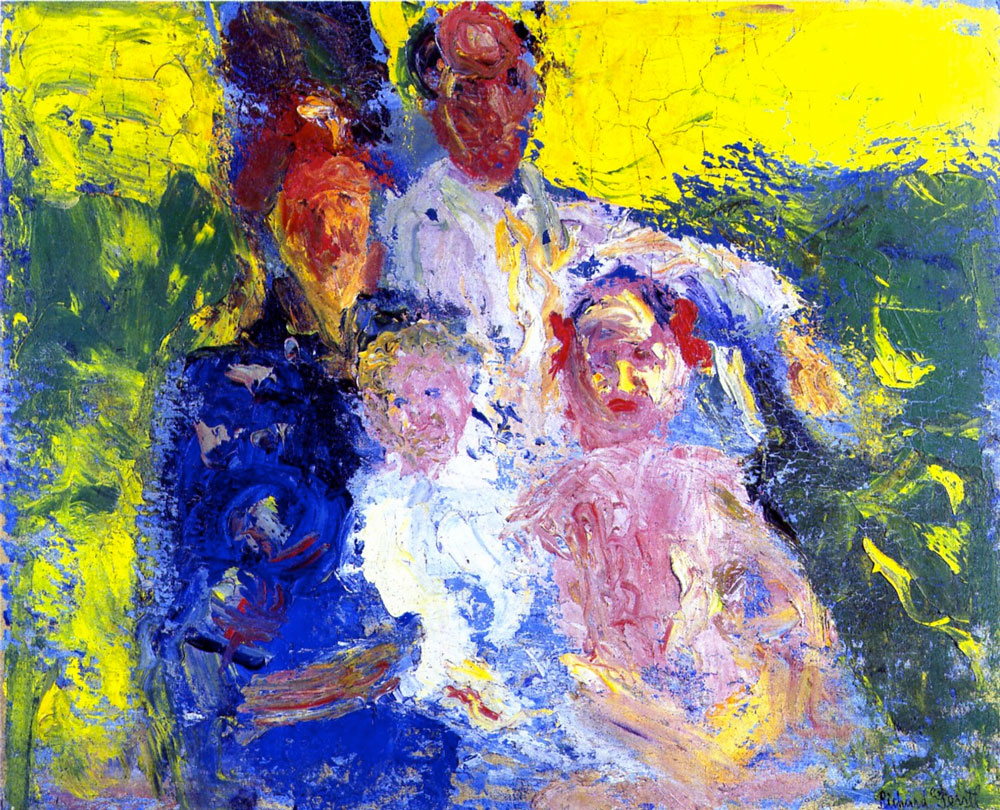 Back in Paris, I saw Théo Mercier’s ‘Ruins’ at Bugada & Cargnel, an upliftingly beautiful space even by that city’s standards, and the most Instagram-friendly show of the year, Julio Le Parc at Perrotin. I’ll remember a spectacular trio of shows at the Grand Palais, on Mexico, Gauguin and… Gardens… for the rest of my life. Though by far the most crowded show I saw there was about Tintin.

Late in the year, at the soon-to-close Maison Rouge, was an extremely fine exhibition of the Marin Karmitz collection. (Who, to be honest, I’d never heard of, but clearly had great taste.) Mainly mid-20th-century photos, including one standout from Christer Strömhölm, of a dusky Paris with a single light darkening the silhouettes of the buildings still more strongly, that seemed to sum up that city, which I keep an unrequited love for, and go back to again and again. 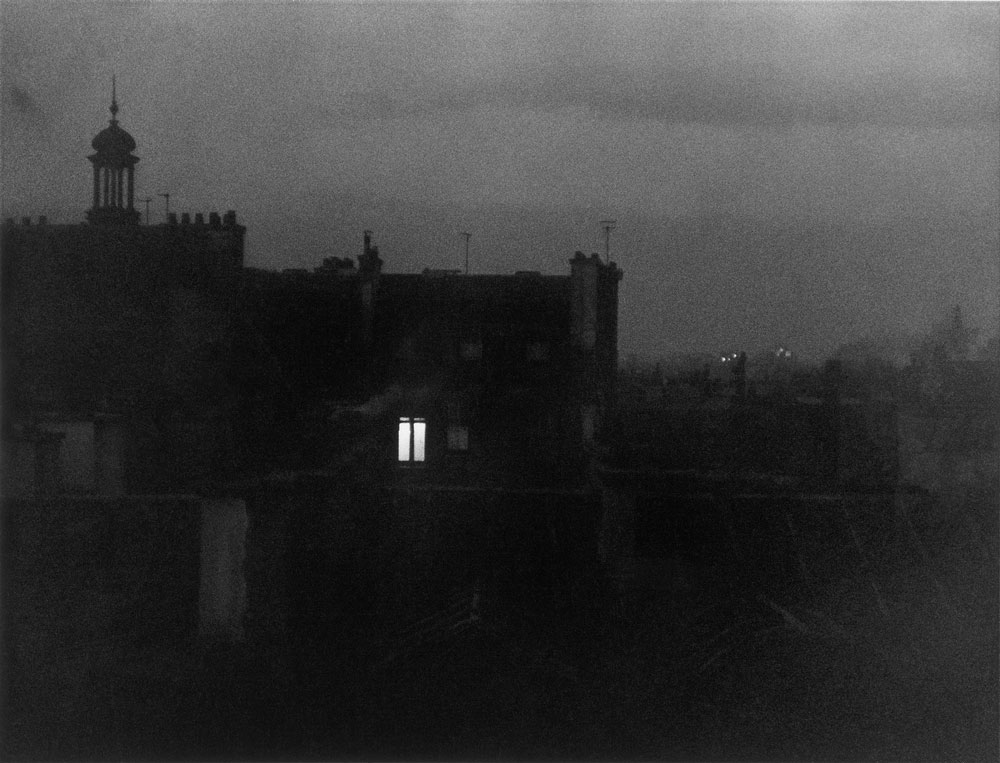 In Vienna, I saw a joyful once-in-a-lifetime Raphael show at the Albertina, and sat in awe of Klimt’s Beethoven frieze at the Secession building. But maybe the one I’ll remember most is Anton Kolig, who was new to me, but found his own visual vernacular in the city’s crowded early 20th century art scene: religious, reverent but somehow deeply unwholesome large-scale portraits of young nude men. His retrospective was at the Leopold.

This post has undoubtedly been more fun to write than it is to read. Hopefully, on Artangled, I will be more self-disciplined, less indulgent.

Or maybe not. Isn’t art something for you to enjoy personally? To take what you can out of what you see, and connect it to what you know and feel?

What would that bored cinema usher think? What about those shadowy movie watchers, heads turned away from us? What would Hopper think? 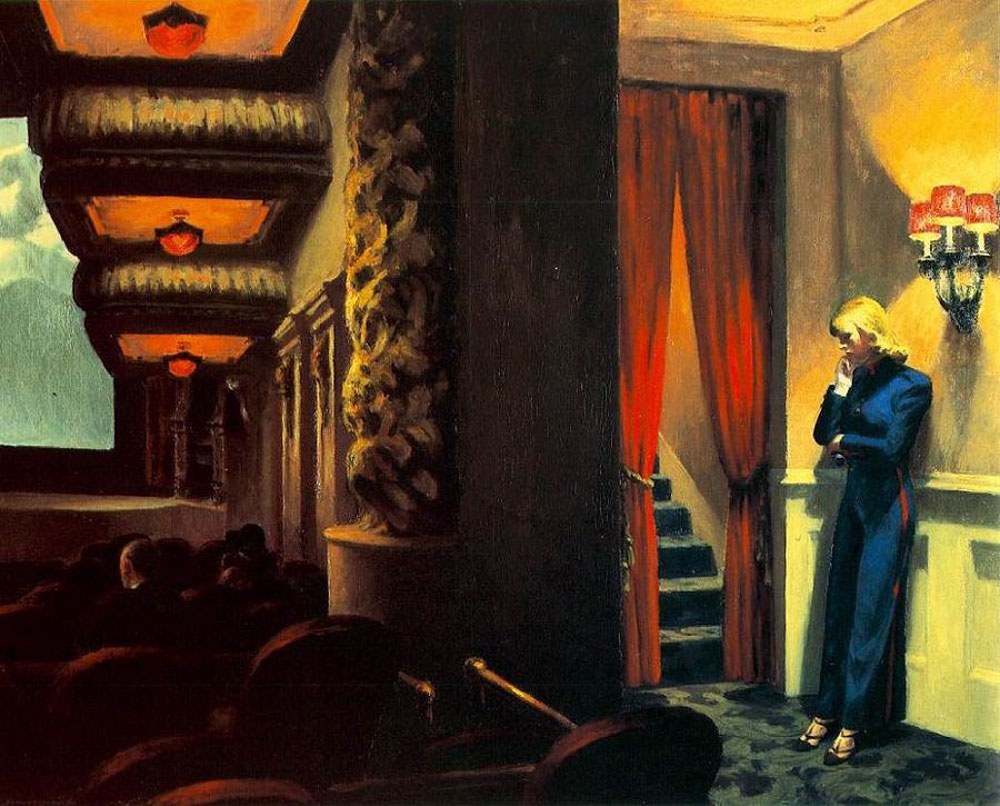 Edward Hopper at the Royal Academy

This year won’t bring any answers, of course. I look forward to more questions, instead.