How marketers can make people focus

Kudos to APG London for its new Thinking Around Corners series of events, one of which I attended the other week. The format’s simple, get three strategists in a room, and get their advice on cracking some challenging briefs.

The standout for me was a problem that’s always bedevilled advertisers with a message to get across: once you get people’s attention, how do you keep it?

How do you get people to concentrate on one thing for more than a minute?

The panel was made up of Nick Hirst, head of planning at adam&eveDDB, Revolt co-founder Alex Lewis — and planner turned futurist Tracey Follows. There’s a full write-up of the evening’s sessions on WARC. But my highlights are below.

Lewis has an overarching strategy to draw focus: what he called a “mind bomb”. He explained: “From being nowhere, you are suddenly everywhere. Everyone’s talking about you.”

A mind bomb hits a sensitive societal or cultural issue. There are various kinds of mind bomb you can build, depending on two factors: whether this issue is already well-known or not, and if efforts to solve the have a weak or strong opposition.

My favourite of the examples is the type of mind bomb strategy Lewis called “connection”. This is when a brand uses a known issue, to which there is weak opposition.

“It’s something where people aren’t troubled on a day-to-day basis with an issue, but need to know about it,” Lewis explained.

In this campaign, a Spanish model got kids to describe what was going on in some editorial images in typical fashion magazines. A slickly produced video of their horrified reactions to the absurd images got mass media coverage.

“These young children exposed how crazy these well-known images actually are,” Lewis added.

Overall, Lewis suggested, the mind bomb approach — making a big splash through shaming, connection, shock or exposure — can have big effects beyond the initial impact. “They are a trojan horse to get people concentrating on the issues that you want them to concentrate on,” he added.

Hirst’s overall advice is, in order to get people to focus, you need to look more deeply at the psychological drivers of focus. Research suggests that people focus when they are playing a game, watching sports, or doing rewarding work. They also pay attention when performing an unfamiliar — or potentially dangerous — task.

This could lead to quite a few different approaches when putting together a communications campaign or brand experience, including:

Create social stigma for not paying attention. “These days, if you do not know what is going on in Game of Thrones, you face social stigma at the office,” Hirst explained. “I speak from personal experience!”

Build friction. Quite a counter-intuitive tip, as something UX best practices are often aiming for is frictionlessness. But a seamless journey to conversion might actually be counter-productive, as the user can go through it on autopilot without focusing.

Caffeinate! Practical advice. If you’re designing a brand experience, see if you can find a way to serve people a free coffee during this experience. Because —  scientific fact — it helps you focus.

Of course, these approaches will generally work better for a branded service or experience, rather than an above-the-line campaign…

As a planner-turned-futurist, Follows had a different perspective on the brief. She suggested adopting a classic futurists’ tool: the Futures Wheel. 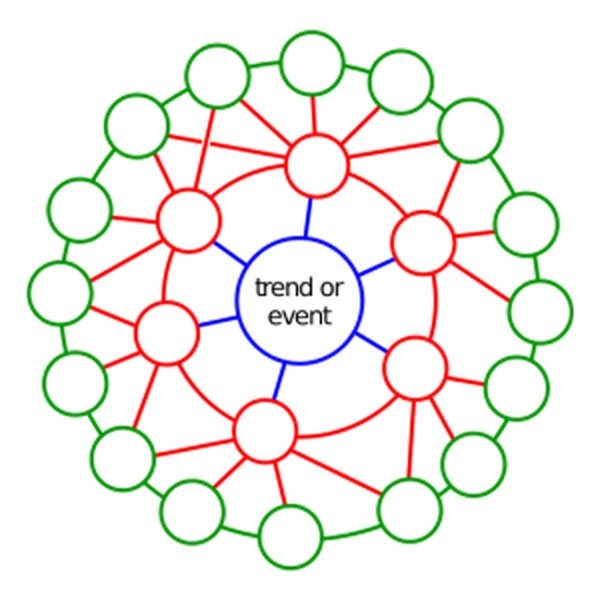 Time lengths of ads: will a lack of attention mean that these will fall?

The quality of ads: will quality drop as advertisers need to shout louder to get attention?

Ad regulation: will ads get increasingly invasive, leading to a regulatory backlash?

“You are trying to understand the scale and the scope of the problem, and then looking for patterns or links around the wheel,” Follows explained. “You attack these issues. And then, you might find solutions to the problem.”

It’s not surprising that getting three planners on a brief leads to three completely different solutions being suggested. But the more ways marketers find of attacking the issue, the better.

With media usage continuing to fragment, and attention spans under assault from an ever-increasing variety of daily stimuli, getting people to hold focus will become ever more important in future!