I wish I were Amanda Lepore - as Drag Race season 4 winner Sharon Needles sang that one time .

Anyone who sees I Hate New York - showing as part of Fringe at 3.30pm on Sunday 18 November - might find themselves wishing the same.

Gustavo Sánchez’s documentary, shot over a 10 year period, tells the story of Amanda, her ex-club kid frenemies Sophia Lamar, Chloe Dzubilo and T De Long - and the city they live in. New York, through Sánchez’s lens, is city hurtling away from a scuzzy, sexy past and into a super-gentrified future. (Sound familiar?)

Though to be honest, it’s trans icon Amanda who walks away with the movie, whether she’s welcoming us to her home ( yes, she makes that reference ), hosting at nightclubs… or hosting at some more nightclubs.

In between, she dispenses some life lessons. Here are eight from I Hate New York that you might or might not want to try at home: 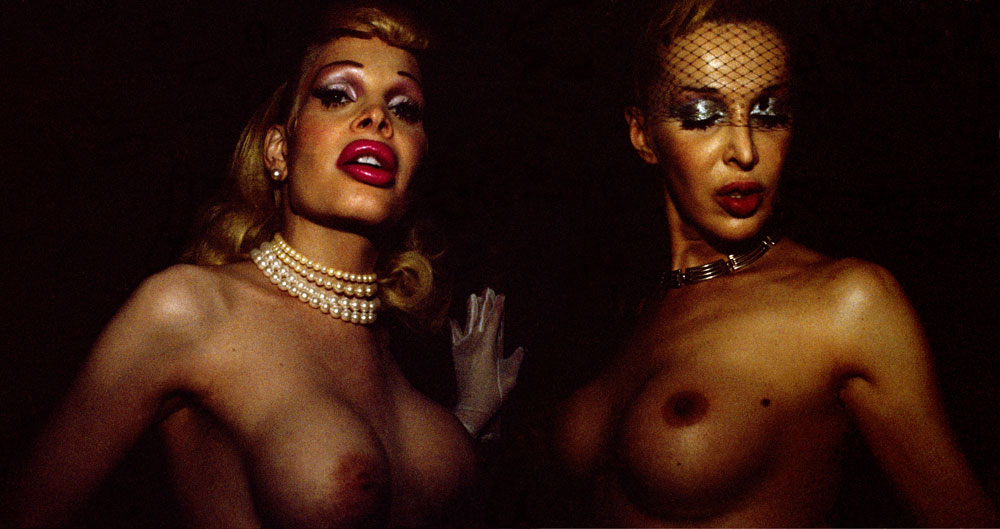 Amanda and Sophia, now on the outs

1) “I have a cheap rent, and it’s convenient. And I never left, so I have more money to buy shoes.”

Amanda lives in a Manhattan hotel, and, thanks to dating the manager back in the day, doesn’t need to worry much about living costs. It’s alright for some.

2) “I don’t read newspapers and stuff. I’m all about escaping from the world.”

There are some really heavy themes in I Hate New York, from chronic illness to drug addiction to death. Even Amanda has to deal with exclusion, job loss, and falling out with friends (more on that later).

You’re not going to get much out of Amanda if you ask her about Sophia Lamar, her fellow trans party icon (they’re pictured above in happier times). The pair were tight back in the nineties and noughties, even suing a ‘woman-only’ nightclub together when they got kicked out from their go-go dancer jobs. But they are now strictly on non-speaks. Don’t ask Sophia about Amanda either, or expect a death stare.

New York makes you tough. And gives you plenty of time to hone fuck-off one-liners when a heavy-breathing cab driver leers at your chest on your way to the next nightclub.

5) “I had my breasts done three times. I had silicone in my behind and hips and lips and cheeks. My nose done once. The bottom ribs broken and like pushed in. Eyes tilted. And hairline pulled down.”

Body modification is not for the faint-hearted either. But Miss Lepore has no regrets… or as she told Sharon that one time: “I might be drastic, but I think I’m fantastic.”

More essential home decor tips for when you really want to enjoy the view.

7) “I think I’m an activist just being by myself. That makes me sort of like a feminist.”

Sometimes, after all, just living in your truth is enough to help bring about social change. And somebody who brings about social change? Literally the dictionary definition of an activist. So, less of the “sort of like”, please.

8) “I probably live in a bubble. I don’t know what would happen if I was somewhere else.”

And your bubble is beautiful, Amanda. Now please post something more on your astounding Instagram to gag the haters one more time. For the rest of us, let’s watch I Hate New York!

I wrote this post initially for the Fringe! Film Fest blog, and it’s since disappeared from the internet. So I reposted it here!