Can ads do good?

Some may deride this idea as corporate greenwashing, but the idea of brands “doing good” as well as making a profit is becoming an increasingly hot topic. I was struck earlier this month at the World Federation of Advertisers (WFA) conference by client after client highlighting the need for brands to have a social “purpose”.

With that in mind, today’s “doing good makes for good advertising” panel at Advertising Week Europe was very much on trend. Addressing a venue packed out with London ad people, panellists from both the agency and client sides agreed on one key point: cause-related marketing cannot be superficial, but must instead represent a fundamental change in the way companies do business. 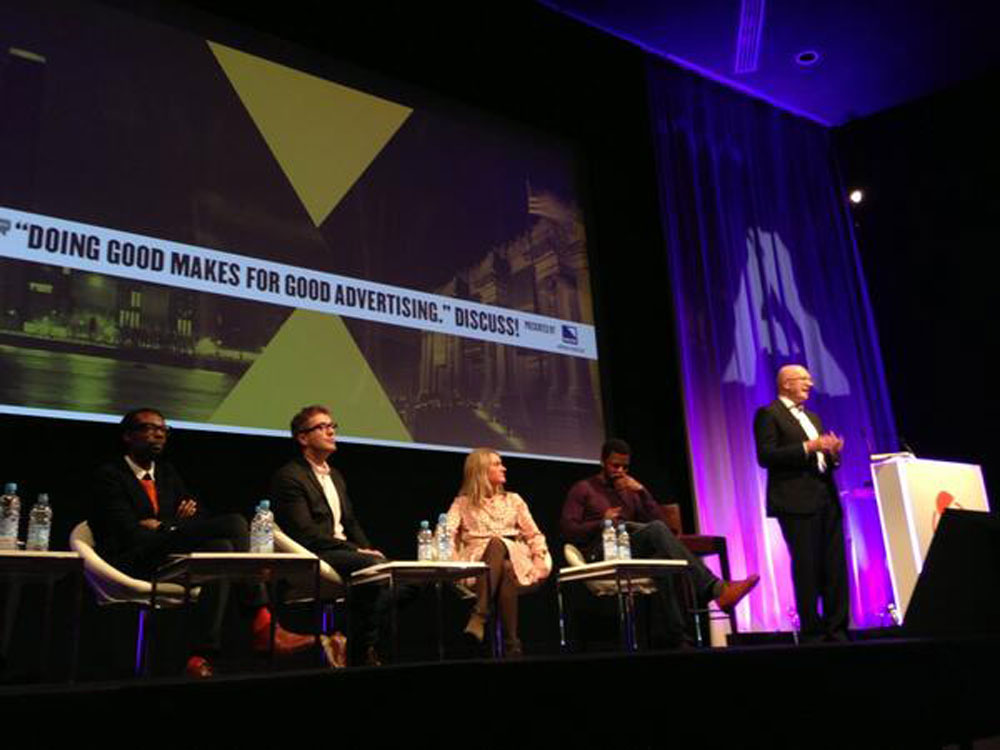 James Murphy, CEO of Adam&eveDDB, offered a creative agency perspective. “Don’t look at cause marketing as being about the message you’re putting out there – instead, understand that doing good creates the right context for messaging,” he advised the audience.

For Murphy, when a client’s business is “doing good”, it “creates the right environment for you to work with them”. Indeed, he pointed to examples of creative teams simply refusing to work with certain “unethical” brands. Behind all this was a rejection of a stereotype held by the wider public – that ad people gleefully assist red in tooth and claw capitalism at the expense of social good. “We’re not all rampant ‘Tory boys’ aiming to push revenues,” Murphy said. “There are so many very liberal people in agencies.”

On the client side, Bill Eyres, head of sustainability at telecoms firm O2, offered an example of a brand putting its money where its mouth is. He also shone a light on the economic roots of the trend; the UK, for one, has faced a recession-induced financial squeeze over the past few years, leading to increased consumer demand for brands to do good for society as well as themselves.

“The big challenge we’ve got is that just cause-related marketing – charities teaming up with for-profits – is not enough,” Eyres said. “Doing good is only meaningful if brands look at themselves and ask, ‘what difference can we make?‘”

O2 kicked off its current effort in 2008, with the financial crisis at its worst, with a poll asking customers how the company could make a difference to society. The answers centred on young people and the environment; in response, O2 created its Think Big initiative, which gives funding to young people’s community projects. This chimes with broader societal concerns about youth unemployment and the prospects of the ‘NEETs’.

As part of its work, O2 went beyond “greenwashing” ads and slogans – and partnered with Bauer, a publisher, to create a website, Gothinkbig, which aims to democratise work skills and experiences. Part of the funding for the initiative comes from O2’s phone handset recycling scheme – which has raised £40m so far – and Eyres also pointed to one poll showing that 70% of respondents felt more positively about the brand due to its Think Big effort.

“This isn’t cause-related marketing; it’s movement marketing – creating a movement with young people to have a social impact and making a difference,” he added.

But how can brands reach a young audience that has been hit hard by the tough economic conditions and is cynical about corporations? Derren Lawford, head of content at Livity, a youth marketing agency, had four tips:

All things considered, cause-related marketing seems to be here to stay. At least, the economic impetus seems unlikely to become any less strong in the UK at least; at the same time as the Ad Week panel, the British chancellor George Osborne was delivering more bleak economic forecasts to parliament as part of his annual Budget.