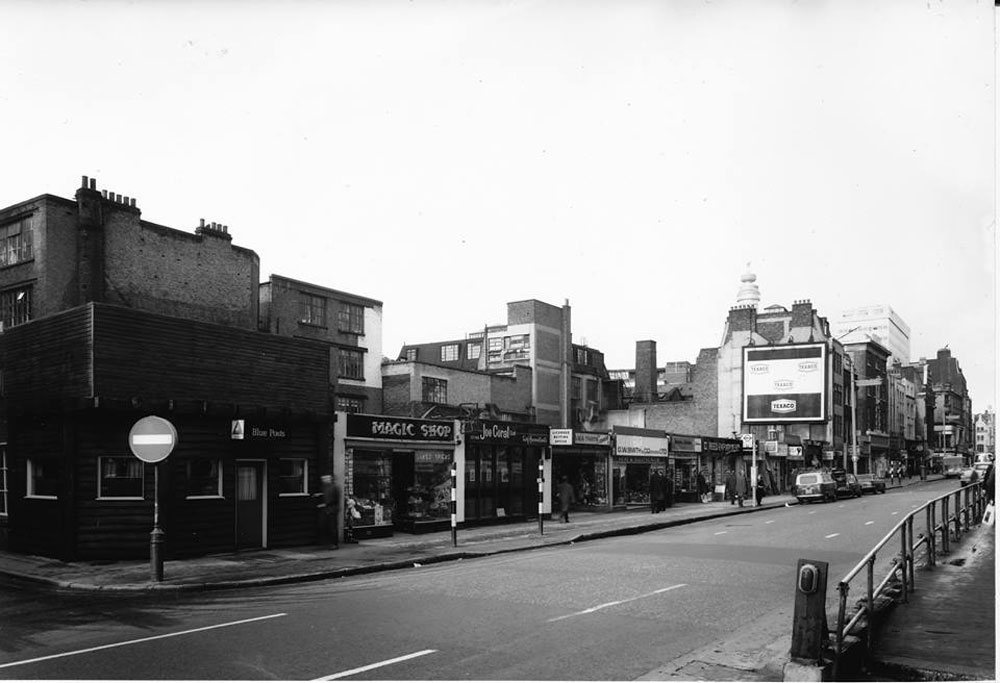 The city at its grimiest (and emptiest). Note the wonky railings and hump in the pavement on the near side, and the pedestrian crossing to nowhere on the other side. And the strip of single-story lean-tos, rapid rebuilds after the previous buildings were bombed out in the war; they lasted all the way to the mid-90s, apparently.

Another country: the “three-day week” and petrol rationing had bitten in earlier in the year; the Common Market referendum was a year away; the IMF bailout came in 1976. I got the original picture from Fitzrovia News.